Chinese military boots have a history

Over the past century or so, from straw and cloth shoes to "liberation shoes" and military boots, China's soldiers have become more sophisticated in their footwear, a sign of the country's overall rising power.

Military boots are used by military units for marching and fighting. A good pair of boots should not only be durable and comfortable enough to meet the soldiers' needs in a harsh combat environment, but also should be powerful and beautiful enough to reflect military power and improve morale. 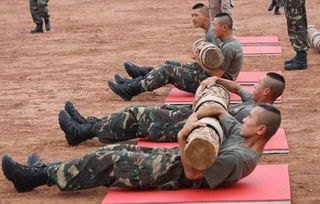 Due to these characteristics, military boots are not only widely purchased and equipped by military and law enforcement departments of various countries, but also sought after by military enthusiasts. Even for ordinary people, especially the young people who are about to leave school, or just entered the society, the basketball shoes have the shape, not like lace-up leather shoes as serious military boots is actually a good choice.

The evolution of Chinese military shoes is synchronized with the promotion of China's military modernization.

In the past two years, a number of film and television works showing the features of Chinese soldiers in the new era have been exhibited on Chinese TV screens. Hold concurrently the 07 type army boots of practical and beautiful appearance to serve as one of standard props, the hero and heroine that lets drama is smooth added a few heroic spirit. Not everyone remembers that the Chinese army was generally equipped with military boots only a dozen years ago. Over the past century, from straw and cloth shoes to liberation shoes and military boots, Chinese soldiers have become more and more careful in wearing shoes, a sign of the rising overall strength of the family.

The boots were once reserved for elite troops

China has been a self-sufficient textile country since ancient times. Almost since the tang dynasty, shoes worn by Chinese soldiers were mostly made of thick and stiff yarn, with little use of traditional western cow hood. During the nationalist government, Chiang Kai-Shek established an army in the 1930s and issued leather boots to key troops, but due to economic constraints, except for a few elite soldiers, most of them still wear cloth shoes or even straw sandals.

The outbreak of world war ii provided an opportunity for China to modernize its military. The national revolutionary army began to gear up British and American equipment, including military boots. Officers were not only given British black boots, but American tawny 152mm boots and riding boots. Later, some combat units issued M43 and M42 combat boots. These two kind of army boots are very wear-resisting, also be enough dignified, just a bit heavy, make when inconvenient. In any case, this is the first time the Chinese military has been in line with the rest of the world when it comes to shoes.

At the same time, the Chinese communist party led the armed forces of the system of military shoes appear a lot more simple. Even after 1949, due to economic difficulties, the PLA's shoes were mainly made of cloth. In 1950, a handful of field troops issued the "don's shoe". It was not long before, considering that cloth shoes were so inconvenient for long marches, they gradually gave way to rubber shoes; Only the navy submarines insisted on cloth shoes, citing the smell of rubber shoes and the fact that they were uncomfortable in enclosed cabins, so breathable cloth shoes were a favorite of submarines who did not need to hike.

Up to now, the PLA's longest used military shoes should be cloth rubber shoes, until the end of the last century before all out. The shoes are not only poorly breathable and wet-permeable, but also wear and tear, and are not particularly warm. But during the war, American soldiers who fought in the war recalled that the stealthily walking Chinese in rubber boots were as frightening as leopards in the jungle.

In fact, for half a century, the Chinese army has hardly been equipped with any military boots, except for special arms, which is rare in the world. There are economic reasons as well as the special tactical needs of the Chinese military. The main purpose of the boots was to protect soldiers' feet from being hurt in combat -- to prevent stabbing, smashing, and kicking away obstacles -- but they were cumbersome for the Chinese army, which had little mechanization, and were not conducive to long trekking missions.

Us military shoes made in China

Although boots have not been around for long, the Chinese ingenuity in light military industry has spawned several topical products. As in the 1990s, China developed its unique type 91 summer skydiving shoes. Use yellow turn hair thick ox skin boot upper, shoe waist is nylon material, even the insole that attach is cowhide. It is unique because the sole is designed with character, with hundreds of opposing rubber slopes, and has the best skid resistance of any military boot in the world.

In addition, because the main effect of paratrooper boot is shockproof, this kind of sole ministry is more gentle, contain shockproof steel plate, can effectively disperse the impact force that hits the ground instantly, protect ankle, reduce the concussion to cerebrum. In addition to the sole of the boot, the Baotou also has a layer of steel. The boots are so sturdy that they have earned the popular nickname kick the bull among civilian military enthusiasts.

Of course, the type 91 parachuting shoes are not perfect: the soles are too hard, the bending is too small, and the front part of the boots is too wide for shock absorption, which is quite different from the American standard parachutist boots in comfort. In addition, the waist of this combat boot is only 152mm high, which is not enough to protect the ankle, and it is easy for paratroopers to sprain their feet when landing. At present, "kick dead cow" already by 97 type and 05 type aircrew combat boots replace, but numerous army fan interest does not decrease, look for its trace everywhere.