—In fact, the official name of the German boot is the walking boot, which, along with the M35 helmet, became an iconic wear for German soldiers in world war ii. However, with the deepening of the war, the continuous expansion of the German army caused a shortage of resources and the need for special operational purposes. During the war, German boots not only declined in quality, but also were manufactured and equipped with other kinds of products. So the German boots in world war ii were not all boots, and it might have been more accurate to define the proposition early in the war.

German army of their "boots" a very long history, its shape can be traced back to Bismarck period or even earlier unified Germany, this is a kind of high boots, black leather boots for 35 to 41 cm tall, with a double sole, soles with 35-45 strengthen nail shoes, boots, a former nails have iron shoe heel, the heel with a piece of "concave type iron" around to strengthen, not only well-made, and very strong . Have you ever seen a movie in which a German soldier kicks a Jew? It hurts to think about it now.

Breeches wellingtons nature is very terrible, but their takes too cowhide material. So the Bundeswehr general headquarters in November 9, 1939 issued instructions, he asked the soldier's line of boots "uppers" from 39 cm cut to 29 cm (officer is not subject to this restriction), which is after the outbreak of world war ii, we discover the cause of the German soldiers have short waist boots. But this command was not carried out thoroughly, and the "height" of the boots varied from unit to unit. 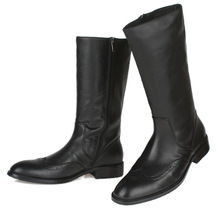 There are two cotton belt inside the boot tube of the military boots, which are convenient for soldiers to wear and take off the boots. Before the outbreak of world war ii, as the German army had not yet exploded in number, the long barrel of military boots became the standard dress for the German officers and soldiers. In peacetime, they could receive two pairs every year and a half.

However, after the outbreak of the war between the Soviet union and Germany in 1941, the military boots were fixed as the field professional boots of the infantry, and other services tried not to use such expensive military boots.

This is a kind of training boot equipped by the German army around 1937. It belongs to the soldiers' standard uniform and is mainly used in barracks, holidays and military training. It followed the Prussian military boots of 1901, still made of cowhand, and the soles are basically the same as the military boots. Short military boots are all black in the early stage, late money did not appear in the color of the situation, that the Germans have no time and energy to pursue the ultimate. In addition, the complexity of the battlefield has led to the use of military boots. You can't expect soldiers to wear airtight boots in hot north Africa. 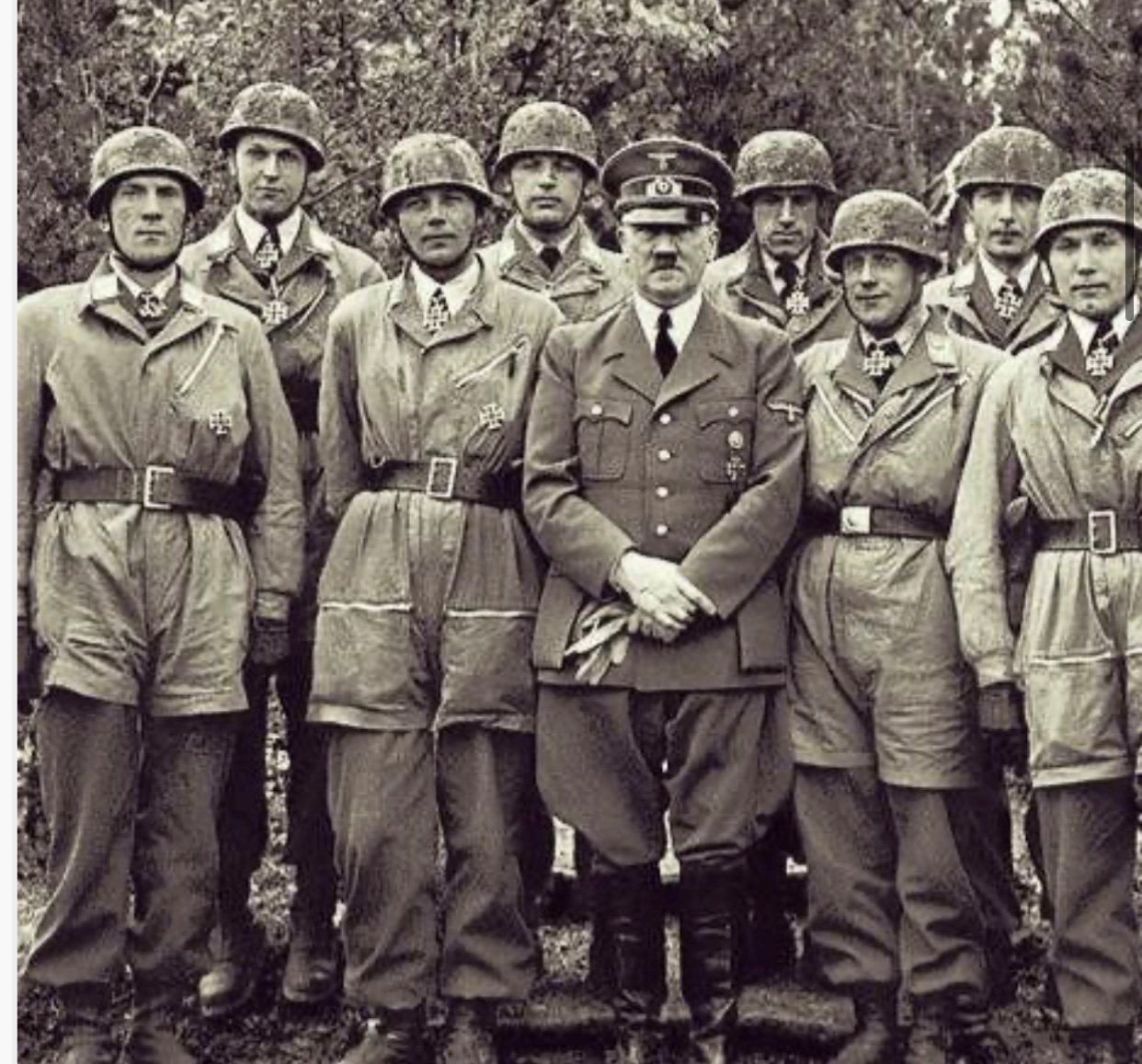 After the soviet-German war, the more convenient ankle boots were favored by soldiers on the eastern front. Combined with a shortage of boots, by the end of the war around 1944, many German soldiers were wearing them on the battlefield. These are special leggings made of double canvas with leather buckles and leather reinforcements. They are a world away from the usual Japanese or Chinese leggings.

This is a variant of the 1944 German army boot from the end of the war, very similar to the mountain boot, and still good quality. Leather low waist and natural leather color, the main improvement is in the addition of the head, thickened heels, insole lining, so that the M44 military boots wear comfortable and durable, widely used in various German troops, can be understood as the German army at the end of the war a simplified version of the military boots. 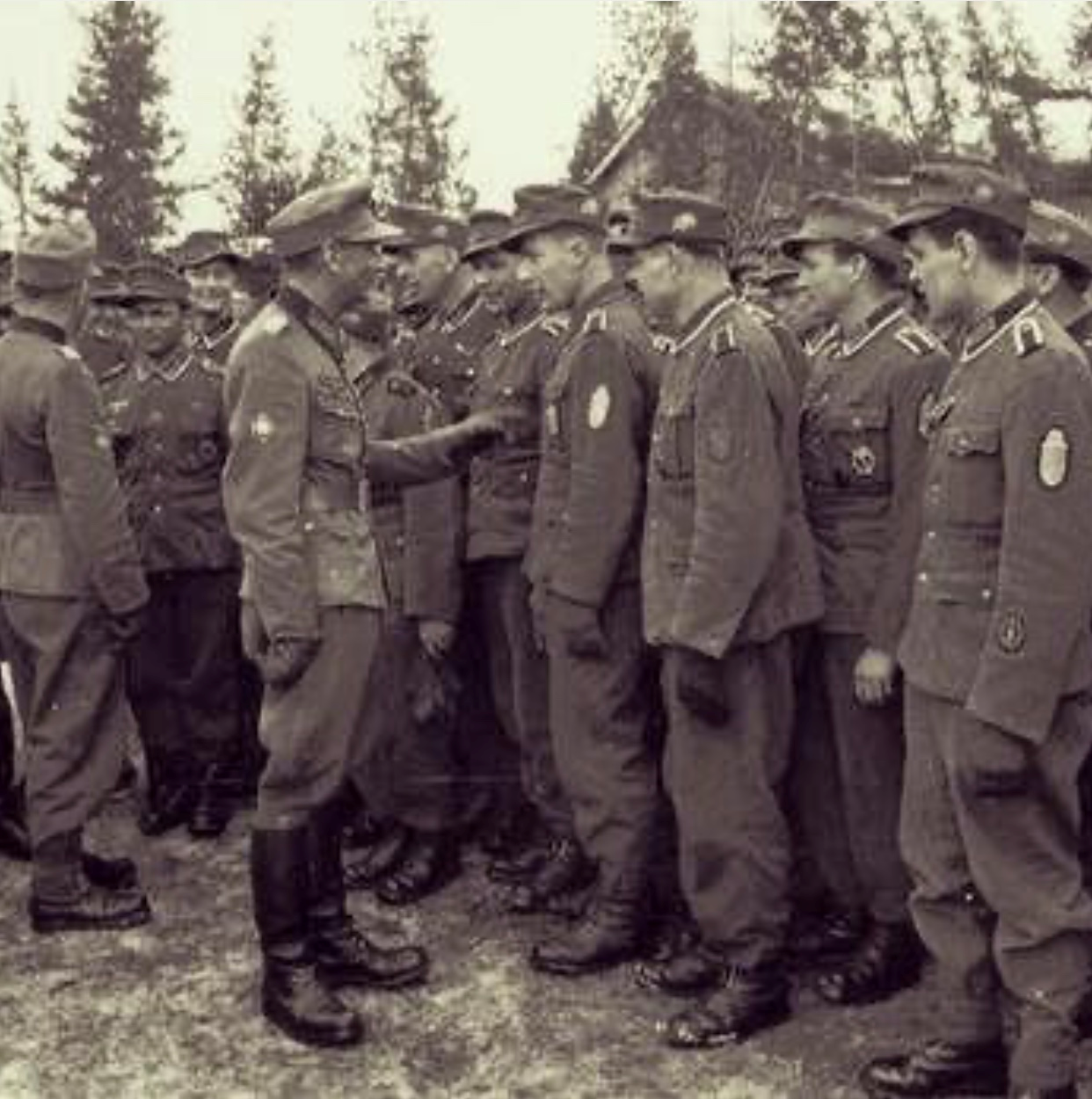 And as a result of the need of the Soviet union's winter battlefield, the Germans also was developed after 1941 dedicated "felt" and "felt overshoes," this is a battle of Moscow blood lessons for products, though it looks slightly bulky, but heat preservation effect is very good, survival and practical is the first in the war, and beautiful in their eyes are not that important.