—According to a us report, the Us master sergeant said he was unwilling to fight for his country in boots made in China issued to him by the army. 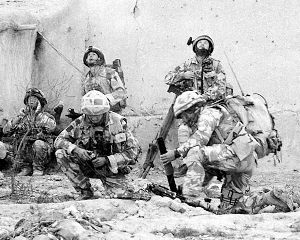 "How many American workers have lost their jobs because the uniform was made abroad?" the soldier said. ‘’The soldier was a reservist who had been sent to Afghanistan as a consultant.’’ Before his departure, the army gave him a pair of green boots, standard air force equipment. To his surprise, the boots were made in China. He went to the base's supply depot to ask why he had been given boots made in China. But the administrator told him that boots made in China were cheaper than those made in the United States. But the soldiers argued that they felt bad about wearing boots made in China. In the end, he managed to trade in American-made boots. But it's not over yet. The tan boots the soldier received when he arrived in Afghanistan were still made in China. He sent out a series of emails asking how to replace American-made boots, to which he replied, "good luck."

The soldier's boots were not from the national defense logistics agency, the agency said. In fact, the soldier's boots were purchased by his unit from a contractor. The Contractors say the Chinese-made boots are lighter and cheaper than American boots, allowing soldiers to carry more equipment and save energy.

In fact, as the soldier himself probably knows, boots made in China are lighter, more comfortable and just as strong as those made in the United States. But he did it anyway, he shouts: "this is about enforcing laws made 60 years ago!"

Indeed, the United States enacted a law in 1941 called the berry amendment. It requires the department of defense to give priority to domestic products when purchasing clothing, food, metal and other military supplies, and to purchase as many products as possible that are made with American raw materials and labor.

For a long time, the department of defense did not fully comply with the berry amendment and still purchased some military supplies from abroad even though similar products could be provided at home, which caused the dissatisfaction of the manufacturing industry. In 2001, members of congress pushed for stronger enforcement of the berry amendment, citing the national security risks of berets imported from China.

In fact, the military is often flexible in this regard. As for the berry amendment, although the people involved refused to exchange American-made boots for soldiers, they did not break the law. It is alleged that because this involves a relatively small order, the berry amendment may not apply to the purchase of munitions under $150,000.

There are exceptions to the law, of course, as a representative of a Washington, D.C., company that specializes in government contracts said in an email interview, "if a munitions program is to purchase munitions for emergency operations, or munitions that take place outside the United States, the berry amendment does not apply and does not have to be manufactured in the United States."

The United States ranks first in importing munitions to Afghanistan

Afghanistan, Switzerland and Germany were the top three importers of us munitions last year. Why, one might wonder, is Afghanistan in the first place? In fact, in addition to missiles, ships, ammunition and other combat materials, the U.S. purchases overseas also include household goods, fuel, construction costs and services.

British troops fighting in Afghanistan change their uniforms in 2010.However, some media reports said that some British people doubted the quality of the "factory of the world" because some of the uniforms were "made in China".

British troops fighting in Afghanistan change their derision in 2010. However, some media reports said that some British people doubted the quality of the "factory of the world" because some of the uniforms were "made in China".

The camouflage part of the combat uniform is said to be made by a Chinese manufacturer. A senior Whitehall official, speaking on condition of anonymity, said the main purpose of the Chinese production was to cut costs, saving the ministry of Defence around £23m.

Some British officials have even publicly complained that the new uniforms will be made in China, while others have questioned the ability of China to be the "workshop of the world", saying the desert uniforms made in China are of poor quality.

A senior British official was quoted as saying: "it is scandalous that we have to send new materials from Northern Ireland to China to be assembled into uniforms and shipped back to the UK."