Boots ridiculed by the Chinese army

Comfort is the soul of military boots

On a page in the people's liberation army daily, there was an article about a Chinese grassroots fighter making fun of the Chinese type 07 combat boots. Based on the description of soldiers, the article describes the current problems and shortcomings of type 07 military boots. At the end of the article, the editor of the military newspaper also called on: we also advocate the officers and soldiers to work hard, plain and hard-working, but if there is a pair of more comfortable combat boots, will certainly let everyone put out a better state into training and combat. 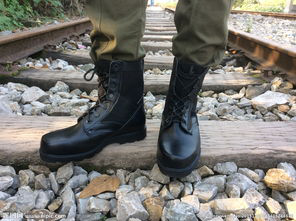 Military experts say combat boots are an important piece of military equipment. As an old Chinese saying goes, "a journey of a thousand miles begins with the first step". A pair of combat boots with excellent performance can not only improve the speed of soldiers, but also help officers and soldiers complete various tactical movements .At the same time, it can also reduce the foot injury in the process of training and combat, which plays an important role in improving the combat effectiveness of the army.

It should be said that the Chinese military has long experience in using combat boots. Since the late 1950s, the Chinese military has been replacing cloth rubber shoes with small batch boots with large boots, commonly known as liberation shoes. Although the boot is far more durable than the liberation shoes, the anti-cold effect is even better, and is also known for its great power. However, the combat boots and liberation shoes have the same problem, is very poor air permeability, long-term training will appear hot uncomfortable

Since then, the Chinese army has been equipped with 65 type paratrooper boots, 91 type paratrooper boots, 03 type military boots, and now 07 type military boots, 09 desert combat boots and so on. They are also powerful representatives. But the problem is poor air permeability. What is interesting is that the main problem of Chinese army boots reflected in this military report focuses on three aspects. The first is that the weight is too large and the maneuverability is very poor, the second is the shock absorption effect is poor, and the last is the air permeability is very poor.

According to the original article in the military newspaper, military boots are stuffy. Under your "caregiving", the feet even breath can not come over, stuffy have to hold fast . After a day's training, there is a lot of sweat in the shoes. Put it beside your bed when you sleep in summer and it gives off a strong smell. It's cold in winter, and the shoes are wet during the day and dry at night. The next day, will feel very cold.

The U.S. military has stopped using soles since the 1990s.The new generation of us military boots use polyester material more shock sole . The inside lining of the boots is made of high-tech materials such as Dupont sweat fabric. In fact, the high performance of foreign boots comes from the extensive use of high-tech materials and meticulous manufacturing techniques, Chinese military experts told reporters. It should be said that new material is an important way to improve the protective performance of combat boots. With the progress of science and technology, new functional materials for military boots have been developed rapidly.

For example, CORDURA, a series of high-performance materials developed in the United States in recent years, is strong, wear-resistant, tear resistant and lightweight, which can be used in extremely harsh environment. Strong and durable MERAMAX, with lightweight, wear-resistant, anti-slip, flexible, shock absorption and other properties. Developed and manufactured high performance VIBRAM soles for different environments and sports characteristics. It can meet the functional needs of foot in various states and improve the overall performance of the shoes. PU film can be waterproof and breathable. 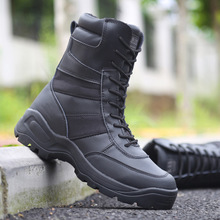 Actually, use experience according to foreign army, comfortable just is the soul of military boot. Combat boots actually belong to special professional shoes. How can a pair of uncomfortable boots make a soldier want to fight?

Military expert told reporters that he believes combat boots should be designed to collect real data from grassroots forces. It is necessary to pay attention to the soldiers' equipment from the concept that the shoes and boots should have a good fit rate and fit, and high performance materials should be widely used. Then, the design should accord with the physiological structure and function of the human foot, with the flexibility of movement, to avoid foot movement injury and other phenomena. In fact, as long as you are willing to invest in the cost and improve the design details, you can increase the comfort of the shoes and reduce foot fatigue. The key is to improve the concept.

For example, in addition to a small amount of metal between the inner and outer soles of many military boots, there is no other metal material on the boots, which greatly reduces the weight of the boots.

Due to China's large land area, climate and geographical environment are very different, and the surrounding environment is complex, the war environment and combat styles are diverse. The current several types of military boots can no longer meet the needs of the future development of the Chinese army. A series of combat boots of various types should be developed according to the needs so as to catch up with the ranks of advanced countries in the world as soon as possible.

It is hoped that the increasing improvement of military boots will provide a comfortable environment for soldiers' feet. Strive to be the forefront of the world, the benefit of the world's military.