- Snow boots should not stay in the classic style. But to add more innovative elements, break the previous

On the day that Forbes China interviewed Olivier Lorans, vice President and general manager of DECKERS group China, he and his colleagues were busy preparing for the event that evening. We suddenly noticed that Olivier was wearing a 40th-anniversary special neume boot instead of the classic snow boots that most Chinese consumers are familiar with. 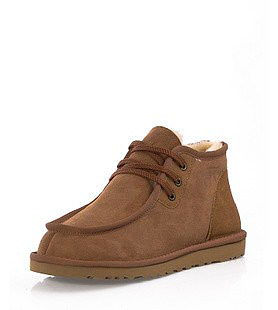 "My childhood dream was actually to be an animal keeper." Olivier Lorans says with a smile. He had lived in Africa for ten years and had a special affection for animals. Olivier, a Frenchman, came to China two years ago, attracted by its long history and unique culture, and started to take over the snow boots brand business.

In fact, Olivier worked in the food industry for a long time before entering the fashion industry. Although he has accumulated a lot of marketing and promotion experience during his time at Mars, the industry is slow to change, and Olivier, who likes novelty and change, is looking forward to a challenging job. The fashion industry is exactly what he wants.

"The fashion industry has something new two seasons a year, and I'm excited about the experience of being able to see what's coming two years in advance." "In this industry, the success or failure of one season is not the result of the next," Olivier said. "the future is never known."

A love of change and the unknown may not only be a characteristic of Olivier, but also the message UGG is trying to convey to consumers today. In Olivier's office is a pink macaron-shaped lamp that workers say they use in the evening to celebrate a birthday. Full of girlish sense, everywhere can feel the brand image of snow boots is changing, more young and fashionable.

Variable with the same

UGG is changing, and maybe the 40th anniversary is just the right time for the brand, as evidenced by its new products this spring and summer. Chinese consumers have seen a different side of snow boots this year with a new shoe called the big hairy king. "That's when UGG really went into transition." Olivier told us.

But while UGG is always looking for something new, it doesn't want to lose its purity, which is the purity of the brand's origins. UGG's first men's shoes were made 40 years ago when a surfer brought Australian suede boots to California to stay warm after surfing. As the current consumers pursue individuality and want to break the tradition, the product design and brand direction of UGG will also change, that is, "break the boundary". But at the same time, UGG DNA will always be embedded in branded products.

Why change? In fact, the UGG brand is behind the whole consumer market, especially the Chinese market consumer changes. When Olivier worked in South Korea, he found that the pursuit of delicacy in Asian retail industry was very different from that in European and American markets. Olivier had thought.

What new ideas does he have for China, a market with huge potential?

"The most important thing is not to compare European, American and Chinese markets." Olivier admits that in his opinion, marketing communication strategy always needs to consider the needs and habits of consumers themselves. The market is quite different from country to country. The us and Europe are brand-dominated markets, while China and South Korea are retail-dominated markets, so consumers are more sophisticated and pay more attention to design and fashion trends. "I'm not going to copy the strategy I've used in other regions. I have to get to know the local consumers before I can meet their expectations." Olivier said.

Dealing with the Chinese consumer market

Delicate? It is a bit of a surprise to hear that this is the direction Chinese consumers are going. Perhaps, the environment of consumption upgrading is shaping the unique Chinese market and consumers.

In fact, it took 300 years for Europe to adopt its current way of life, but it only took 30 years for China, and it is still on the way of "more exquisite". "I think China will surpass Europe in this respect in the future because China is developing so fast." Olivier believes that the Chinese market has a "hunger" and "explosiveness", which not only brings a lot of opportunities, but also means that brands need to accelerate the frequency of product updates.

What's more, Olivier believes that the trend direction will change faster than the European and American markets due to the better development of the Internet industry in Asia and the high usage rate of mobile tools such as mobile phones. "In Europe, a trend cycle takes five to six years, but in Asia it may only take two to three years." Olivier told us.

As a result, we can see that there are not only UGGs but also flip-flops, men's shoes and winter coats. "The biggest difficulty is to diversify and not make consumers feel like they can only buy UGG in the winter." Olivier said. In addition to legal means, UGG can only accelerate the development of new products to keep those "rivals" behind. Therefore, it is also a challenge to the requirements of products.

So, for a consumer market like China, besides maintaining the speed of product update and iteration, what is the difference in communication strategy?

Looking back at the history of "fame" of UGG brand, it can be found that in the early stage, UGG was famous through the celebrity effect such as Oprah in the United States. However, in the Asian market, especially in the Chinese market dominated by stars, the use of star effect is still the main strategy of UGG. But UGG isn't about promoting stars or kols. It's about promoting brands through them in content. This is slightly different from the "star orientation" of some brands.

Who will buy UGG?

UGG boots were once a hit in China, but in recent years, it seems that UGG still lacks a hit. But this spring and summer's big hairy king may mean new opportunities for UGG. Maybe the classic features and new elements can attract more young consumers, and UGG can have its own soul while retaining its DNA.

So who will buy the UGG brand? Consumer research shows that they are generally 25-35 years old women, both pursuit of comfort and love the sense of design. It should be noted that UGG is also favored by younger consumers aged 18-25, who tend to prefer more fashionable, cool and interesting styles.

Yes, "younger" is exactly what UGG is trying to strive for, and this consumer group also brings great growth to the brand. "We're talking about price now, but it's still about the consumer." Olivier said.

In fact, for many young people, the price may be one of the barriers to purchase products. According to the UGG consumer survey, the two biggest problems are the high price of UGG products and the fact that some designs on the male level need to be improved. UGG has also been trying to adapt itself to these needs.

Talking about the future development of UGG in the Chinese market, Olivier is not without confidence, and he summarizes three points. First, decentralization. UGG is no longer only centered on women, but extends to men, women, children and other groups. Second, "to seasonal", not only winter products, new products will be available throughout the year. Third, "de-category", from the classic snowshoes, to expand to a variety of categories of products, such as sports shoes, sandals, slippers, clothing and so on.

In the new era of retail, UGG also has a new opportunity, that is "omni-channel". It is not only online and offline, but the integration of all channels, including both e-commerce and physical stores. Various channels will complement each other instead of competing with each other. "Let the consumer get what he wants when he wants it and where he wants it." Olivier concluded.