How good are Chinese military boots?

How good are Chinese military boots?

—Li Qiwei , then commander in chief of the us army in the far east, was impressed by the rubber shoes. As he described it in his memoirs: "the battle lines were again filled with frantic bugles and wild roars, while the Chinese infantry, in rubber boots, crept up the dark hills and infiltrated our positions." In the memory of the American soldiers that year, the Chinese soldiers in their rubber shoes, walking silently, were as terrible as leopards in the jungle. 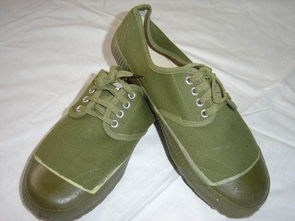 In 1979, Fan Ji helped develop the anti-prick liberation shoes, which solved the problem of soldiers fighting bamboo stick ambushes in the jungle.

Liberation shoes were officially retired from the army in 2004.Before long, a planned road will pass through the workshop and the liberation shoe production lines will be retired, but the impressive exploits they once made for Chinese soldiers will not be forgotten. 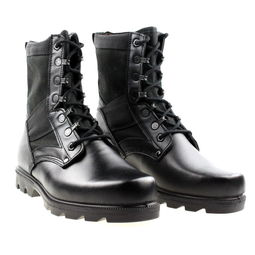 This is China's first military boots - 07 combat boots. A pair of military boots with excellent performance is more convenient for soldiers to carry out long and long-distance combat, and can ensure that soldiers' feet are not hurt in complex battlefield environment, improving operational efficiency. From straw and cloth shoes to rubber shoes and combat boots, the change of a pair of shoes records the change of individual equipment of Chinese army. Because of its huge production volume, it also shows the most basic industrial manufacturing ability of a country.

On August 1, 2007, 07 combat boots officially mount guard.200,000 combat boots have been produced in a year.07 combat boots how severe, look at the factory test will know, continuous bending 40,000 times, no cracks nor glue, but also can withstand the equivalent of 120 kilograms of force puncture.

70% of flak jackets made in China

In June 2017, there was a real combat test for the bulletproof equipment of individual soldiers. Type 92 pistol, 9mm pistol bullet, 5 meters shot range vertical incidence, helmet resilience reached 100%. This is the QGF03 helmet made in China. In 2016, China exported a large number of bulletproof helmets to the international market, and bulletproof jackets accounted for 70 percent of the global market.

In fact, for half a century, the Chinese army has hardly been equipped with any military boots, except for special arms, which is rare in the world. The reasons are both economic and related to the special tactical needs of the Chinese military: the main purpose of the boots is to protect soldiers' feet from being hurt in combat. The boots are meant to prevent stabbing, smashing and kicking away obstacles, but they are cumbersome for the Chinese army, which has little mechanization, and are not conducive to long trekking missions.

During the border war between China and Vietnam from 1979 to 1989.The Vietnamese army dug a lot of traps with bamboo sticks. The general logistics department of the people's liberation army (PLA) has tentatively issued high-waisted anti-puncture cloth rubber shoes, the prototype of China's modern military boots. By the late 1990s, with the acceleration of the mechanization of the army, China began to reform equipment on a large scale, and the 97 military boots with better anti-slip performance became a popular product. Its shoes have puncture resistance.

Western military researchers said 97 military boots can be added to the front of the block of steel. But that's not the case. The front of the boot is indeed hard, but instead of the steel toe, which is easy to hurt the foot, the boot is made of a special kind of strong material. This material not only protects the soldier's feet, but is also very soft.

Although boots have not been around for long, the Chinese ingenuity in light military industry has spawned several topical products.

As in the 1990s, China developed the unique type 91 summer skydiving shoes. Since the main role of the paratrooper boots is to prevent shock, this kind of shoe sole is relatively flat, with shock absorbing steel plate, which can effectively disperse the impact of the moment of hitting the ground, protect the ankle and reduce the shock to the brain. In addition to the soles, there is also a layer of steel on the head, which makes the paratrooper boots very strong.

Of course, the type 91 shoes are not perfect. Because the soles are too hard, the bending is too small, and the front part of the boots is too wide for shock absorption, the difference in comfort is not small. In addition, this type of combat boots height is not enough, the ankle protection is not enough, paratroopers landing easy to sprain foot.

With the burst of manufacturing capacity, since the beginning of this century, China has gradually become a "military procurement supermarket" for some countries, and Chinese military boots have also gone abroad. Buyers evolved from small traditional Asian and African countries to developed countries including the United States. Us media reported that a large number of Afghan soldiers would rather have Chinese military uniforms and boots than American goods.