No. 1 shoe brand in China

No. 1 shoe brand in China

-Remember Anta, which has been hounded by bears? They have surpassed adidas to become the second sports brand in the world.

In previous years, when people chose sports shoes, the first choice would be Nike, adidas, puma and other foreign brands. In recent years, the choice of consumers has changed. More and more consumers in China are willing to buy anta, Li Ning, 361 degrees and other domestic sports brands. Anta's growth is particularly prominent, and gradually opened the gap with Li Ning, a new generation of shoes king. 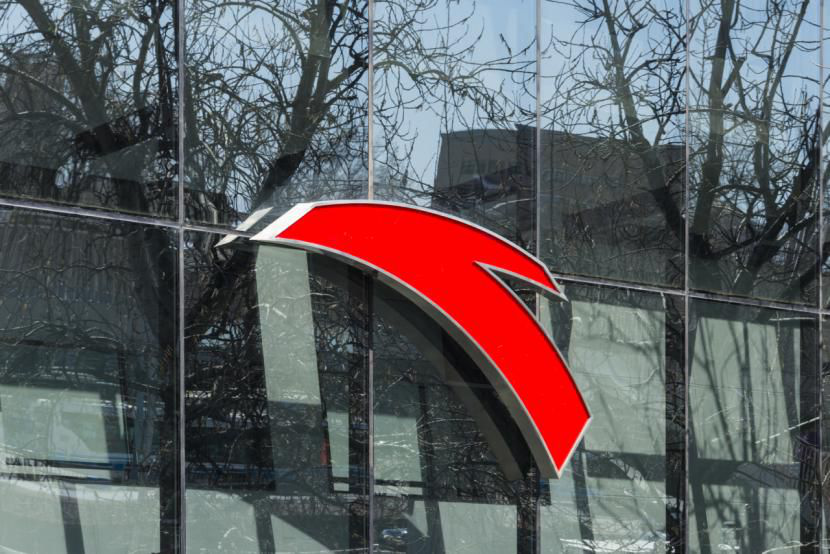 According to the interim performance report of 2019, the company realized revenue of 14.81 billion yuan, a year-on-year growth of 40.3%.Net profit was 2.483 billion yuan, up 27.7% year on year, with a total of more than 10,000 stores. Both in terms of revenue and net profit, anta ranks first in the domestic sporting goods industry, selling 70 million pairs of shoes last year.

Not only that, by the end of the day anta's market value has exceeded 210 billion Hong Kong dollars, significantly ahead of adidas, reverse attack to become the world's second largest sporting goods company, the size of Nike. According to the Hu Run report 2019, anta's boss Ding Shi zhong is worth 35 billion yuan.

Ding Shi Zhong was born in the shoe capital Jinjiang in Fujian province in the 1970s and grew up in his father's shoe workshop. When he was 17, he set out to sell shoes in Beijing with 600 pairs collected from various workshops. When he first arrived, he persuaded the head of the mall to rent a booth and start selling shoes. Since then by means of a shrewd business mind, have been in the main market, opened Jinjiang shoes counter, business is very hot. In only four years, he earned 200,000 yuan, which was undoubtedly a huge sum of money at that time.

When he was shopping, he found that a pair of well-known foreign sports shoes often cost hundreds of yuan, and many people are eager to buy. And same quality, the shoe that makes in the home just sells 10 dollars, why difference so big? After careful thinking, after all or brand reason, from this he secretly determined to create their own brand.

In Jinjiang in the 1990s, there were thousands of small shoe factories like anta. Relying on the accumulated sales experience, Ding Shi Zhong in the country to start the distribution model, and accumulated their first batch of dealers. After several years of development, the company has a small reputation.

In order to expand the brand's popularity, he also pushed against public opinion, spending almost a year's earnings of the company to invite famous table tennis player Kong Ling Hui as the spokesman. Not only that, but millions of dollars were spent on television. As it turned out, Mr. Ding was right, and the venture paid off immediately, with dealers pouring in and sales multiplying.

In recent years, anta opened the global layout, and frequently win overseas brands. They have acquired the rights to use the Chinese trademark and franchise of FILA, an Italian sportswear brand, from belle. After adjusting the positioning of the brand, fila realized revenue of 6.538 billion yuan in the first half of 2019, accounting for more than 40% of the total revenue.

In addition, there are three reasons why anta energy growth rate is at the forefront of the industry: First, research and development. Anta invested 593 million yuan in research and development in 2018, far exceeding Li Ning, X and 361°. In terms of capital investment, anta, as the leader of domestic sports brands, spent 2.919 billion yuan on advertising and marketing in 2018, which was 2.67/3.00/5.22 times of Li Ning/X /361° respectively.

Finally, anta has excellent management capabilities for online and offline channels and supply chains, and strong M&A and integration capabilities for brand segments. In 2017, anta opened a production line with 30 employees capable of producing 3,000 pairs of shoes per day, demonstrating its high production efficiency.

Now, dozens of agencies have changed their ratings. Cicc believes that anta sports sales growth in the third quarter showed resilience, and other sub-brands also have potential, maintain the "better than the market" investment rating, and raised the target price about 26% to 94.64 Hong Kong dollars, the "overweight" rating. Citic securities also has a 'buy' rating, with a current maximum target price of HK $95.

Thanks to this, the group has formed a multi-brand group of professional sports brands, fashion sports brands and outdoor sports brands, covering 8 major fields such as comprehensive training, running and skiing to meet diverse consumer demands. The company also completed the acquisition of Amer Sports this year, opening up new space in the international market.

Of course, anta's multi-brand effect has yet to be further tested in the market. In the first half of this year, except for the main brands and fila's revenue growth, the growth rate of other brands declined slightly. According to Ding Shi Zhong's plan, the company will achieve a revenue of 100 billion yuan by 2025 and surpass Nike to become the largest sporting goods company in the domestic market.