Why not wear captured military boots

Why not wear captured military boots

—The eighth route army in the Anti-Japanese War would rather wear straw sandals, why not wear captured Japanese military boots? The truth is so sad!

The period of Anti-Japanese War must have left a deep impression on every Chinese. In the face of Japanese aggression and trampling, the Chinese people united as one, even in the military forces of the two sides, materials and weapons, such as far apart from the situation, still indomitable, with the undivided will and faith of the people, finally won the victory of the revolution.

Today, we can still see this history from TV series. Many people must have seen such scenes in the drama. When the Chinese won the war against the Japanese, they would take away their guns and ammunition, but they would not use their military boots. Why? 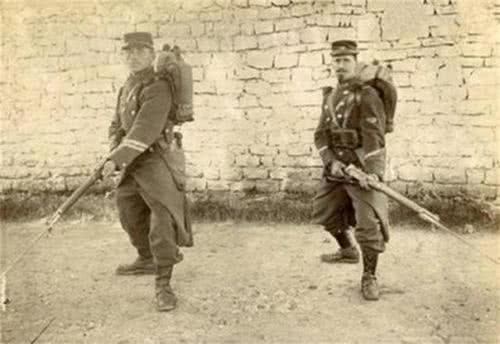 As is known to all, during the Anti-Japanese War, cotton cloth was very precious because of the low level of productivity in China at that time. The eighth route army and the new fourth army generally wear straw sandals or no shoes. When they encounter bad weather, their feet are often so frozen that they can't feel anything. A day to walk ten kilometers will wear out the straw shoes, fall off, have to replace spare, even barefoot in battle. The probability of foot injury is very high, anti-Japanese team, only millet plus rifles, homemade soil bombs, land thunder to fight the Japanese. We can say the conditions are really tough. They don't even have a decent pair of military boots. 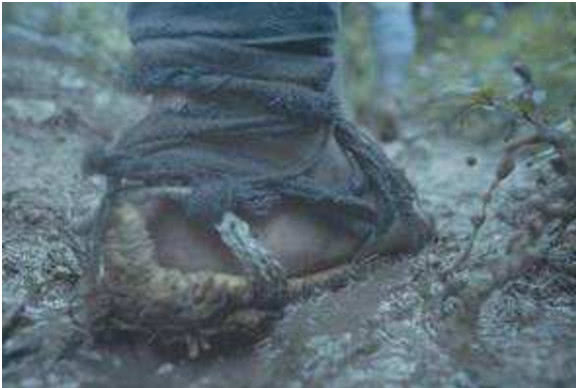 The Japanese armed forces, on the other hand, rely on their strong economic strength, abundant materials and excellent equipment. They even wear military boots.

This design shoe appears in film of war of resistance against aggression rate is very tall, military boot bottom has more than 30 anti-skid iron nail, heel place still is embedded hind the horseshoe shape iron palm with 10 millimeter thick nearly. Japanese military boots were made of different materials in different periods, from the superior cowhide surface and leather sole in the early period to the lack of raw materials such as horse hide, pig hide and rubber sole at the end of the war. However, their warmth preservation, safety and skid resistance were far better than those of straw sandals and cloth shoes of the Chinese army.

That estimate there will be a lot of people will put forward such a question, why in the capture of devil goods, only guns and ammunition and other materials?

Although leather and antiskid nails do offer some benefits, these materials also make the shoes cumbersome and inconvenient to wear, as if the feet were tied, like a sitting target. Lin of the 115th division of China also recorded in a book y: "the Japanese infantry wearing leather shoes climbing mountains, simply not good. They were halfway up the hill and we were still at the bottom, but we got in first and gave them a good hand grenade and they rolled down like turnips. From this record, we also see the disadvantages of military boots.

The other is that the military boots are thick but not breathable and not very warm. Moreover our army already used to wear straw sandals this kind of shoes, for them, the Japanese such shoes is a drag. Another thing is that the soldiers in the Chinese army have a stubborn strength, which is a good thing. They will feel that if they wear Japanese shoes, it is unpatriotic. Although their sandals and cloth shoes were easily worn, they were light and easy to walk, and soldiers of the eighth route army would weave their own sandals when they were free.

Even if the eighth route army captured a large number of Japanese boots, it is absolutely impossible to directly put on the feet, both because of discipline, but also because of the size of the problem. Of course, still have a person to express, the head of Japanese is a bit shorter than Chinese commonly, according to height and foot long relation, for certain level, can the s of Japanese army are shorter, bring about 8 route army to be in capture hind basically cannot wear.

So although the military boots were warm, the eighth route army, accustomed to straw and cloth shoes, preferred lightweight shoes, so they were discarded. At that time, one of the important skills of soldiers was to pick up the ropes, threads and rags on the way to repair and make straw sandals. There is trouble, but some are better dressed than barefoot!